This is the third batch of early Three Rivers pictures that I found in my pictures collection. I think they are interesting and wanted to pass them along.. I have more and will post them in batches of 10. Check out the rest here Batch #1 and Batch #2.

This is the second batch of early Three Rivers pictures that I found in my pictures collection. I think they are interesting and wanted to pass them along. I have more and will post them in batches of 10. Check out the rest here Batch #1 and Batch #3.

I cannot remember where I got these early pictures of Three Rivers but they are interesting and I thought I would pass them along. I have more and will post them in batches of 10. This is the first batch. Check out the rest here Batch #2 and Batch #3.

I know the above is from an automotive plant but I can’t remember the name. Anybody?

Don’t forget that the Three Rivers Chamber of Commerce is hosting a forum at Glen Oaks Community College tonight that will give residents one last chance to see the candidates before the primary next week. Check WLKM’s site for time and details.

In the case of Cody Sharpe and incumbent Allen Balog this may not be the last time you seem them together because they are not impacted by the primary. I haven’t heard if there are going to be any other events where those two will square off before the November election but I would suspect that there would have to be at least one more.

Please let me know in comments if you know or hear of anything about another event.

So here is the context.

Recently, in a private conversation, I admitted to being fairly out of touch with local politics, which stems from the latter days of the Liberty 1st forum. Near the end of the forum it became clear to me that getting people engaged in political discourse was challenging enough but keeping them engaged is next to impossible. Anyway at then end I was burnt out on local politics and felt that developing my technical skills was a better way to spend my “extra” time so I spent the years up to now working on that and ignoring most of what was going on locally. Having said that I was recently reminded of the importance of local politics so I am back. At least through this election cycle. And depending on the response to my efforts maybe  longer.

And here are the questions

So now here are my questions.

Candidate Cody Sharpe said this on his Face Book page.

The issues that I have are the amount money spent on the property, the fact taxpayer dollars are being spent for court hearings, and the majority of the residents living need the proposed site don’t want it close to their homes.

So I (think) I know where he stands but I am interested in what others think. Oh and I did read the mission statement from their site, which reads…

In general I tend to be against anything that is going to raise my tax bill but I know that is not practical for all things in life. In closing if you don’t know the answers to the questions above I would still love to know what you think about this project (pro or against). Please add your thoughts to the comment section below.

I am posting here also because I think that it is a great message.

This is Water is a commencement speech to the Kenyon College class of 2005 written and delivered by David Foster Wallace. Someone added a video to the words of the speech and the result is awesome. Everyone should watch this at least once. 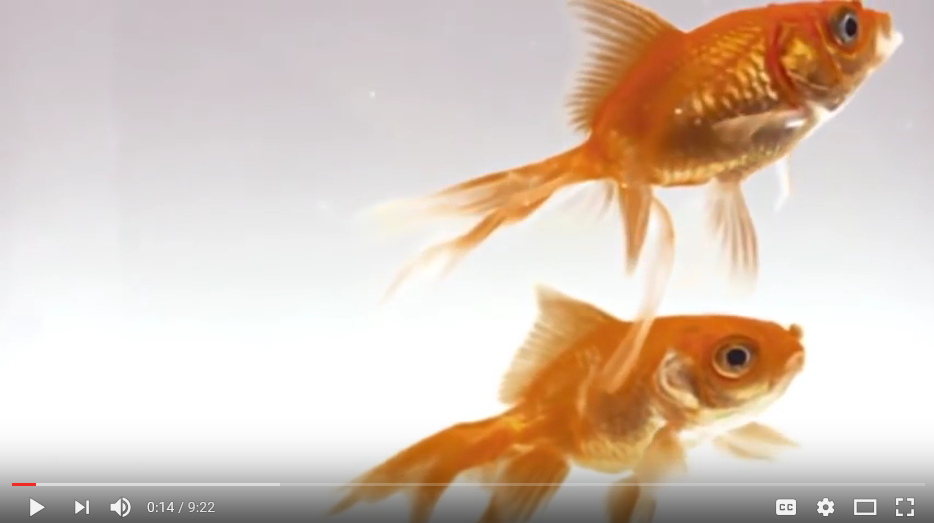 Clicking on the image above will take you to You Tube.

This speech and the included video moved me like few things I find on the internet ever have. I absolutely love this and make it a point to review it on a regular basis. And I won’t claim that when I first heard it that it changed my life or anything as drastic as that. I will say that it came at the right time in my life. A time when I needed to hear it. A time when I was ready for a pivot.

Unfortunately the author has since past and the family keeps tight control of the copyright so this can not be viewed on a remote site such as the one you are on. So when you click the video it will prompt you to go to YouTube to see it. Do it. Believe me it is worth it.

Remember. This is just water.

The Three Rivers and Sturgis Area Chambers of Commerce are collaboratively offering a “Meet the Candidates Night” for the County. The event will be held on Tuesday, July 26th at the Dresser Business Center at Glen Oaks Community College. This event will offer you the opportunity to introduce yourselves to the community and educate the voters.

The program will offer each candidate a 2 minute introduction then several rounds of questions which will be garnered by the local media and Chamber’s Public Policy Committees. Each candidate will be allowed 1 minute per question. We will also allow members of the audience to pose questions in writing that evening prior to the start of the event. The session will end with a 2 minute closing from each candidate.

Source here. I am really interested in this one. I can’t wait until Tuesday,

Lockport Township officals are going to seek a 1.5 mill request during the November elections for ambulance services. Read more at WLKM’s news site.

There will be volunteers at the Huss Future Festival in Three Rivers to help people register to vote in the November election between 9am and 2pm on Saturday the 23rd.

If you want to check to see if you are registered, visit www.Michigan.gov/vote.

Support L1 when you buy online

Please help support Liberty1st with a donation via PayPal using the donation page or by clicking the Amazon link above before you make any purchase from Amazon.com